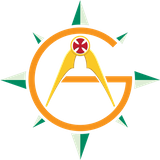 IF YOU ARE IN NEED OF A CARE FREE HOLIDAY EXPERIENCE, JUST CALL US